We have four nests under the eves of our porch (in Canberra) and they all belong to native Australian wasps.

This shouldn’t be a problem unless it is in a high traffic area, which these are. I was stung once, it hurt!

They are a gardeners friend because they keep caterpillars under control.

The best advice is to remove them is to use a fast knock down insecticide spray after dusk when all adults are back on the nest. Just make sure there is a clear path back to the house so you don’t trip. Decided it would be a bit tricky to do this with four nests. I may succeed at killing the wasps on one nest but the wasps on the other three will probably start attacking me!

One is a nest of Roplalidia Plebeiana and the other three nests are Polistes Humilis. Names like that make the wasps sound very clever. 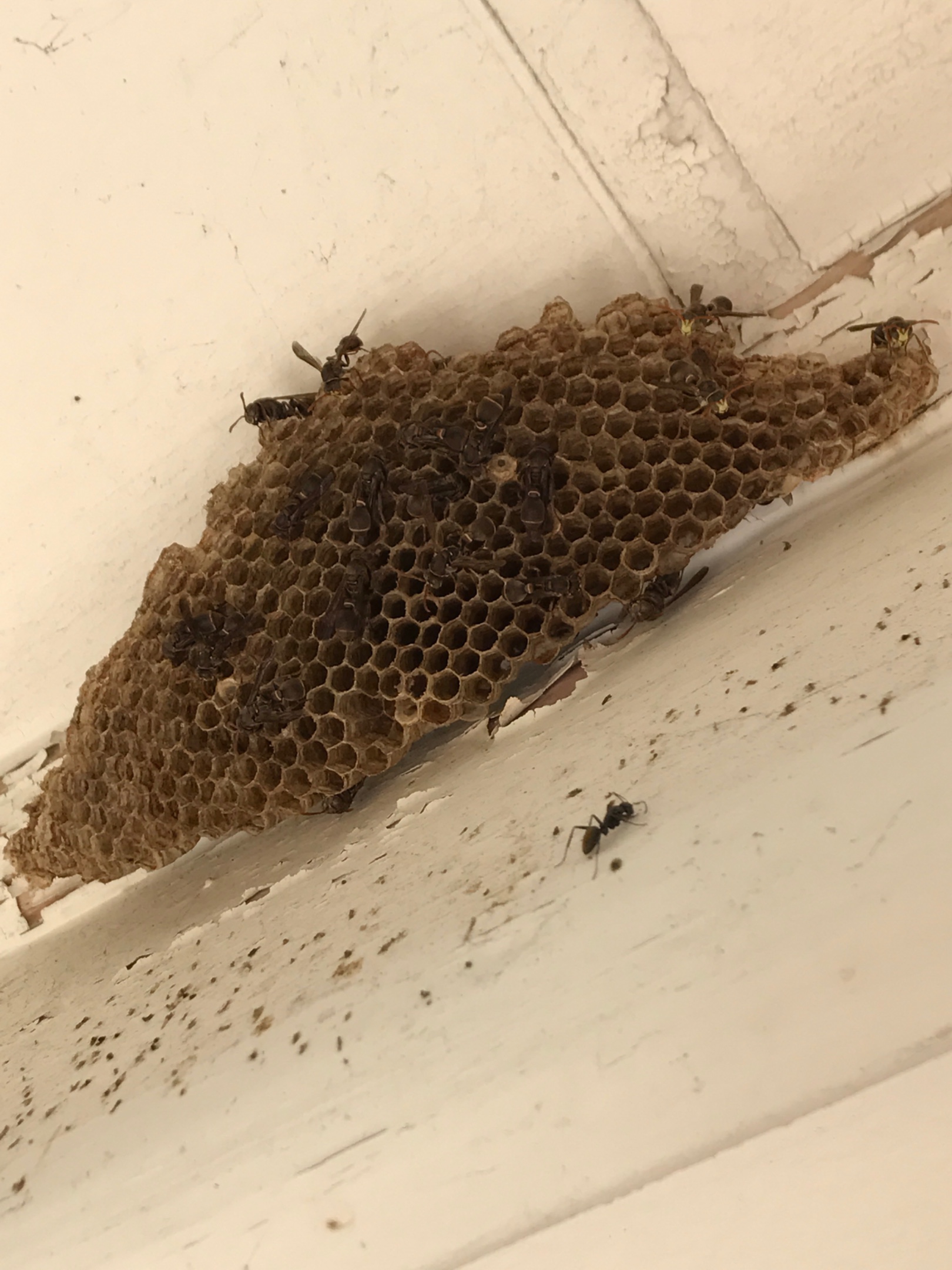 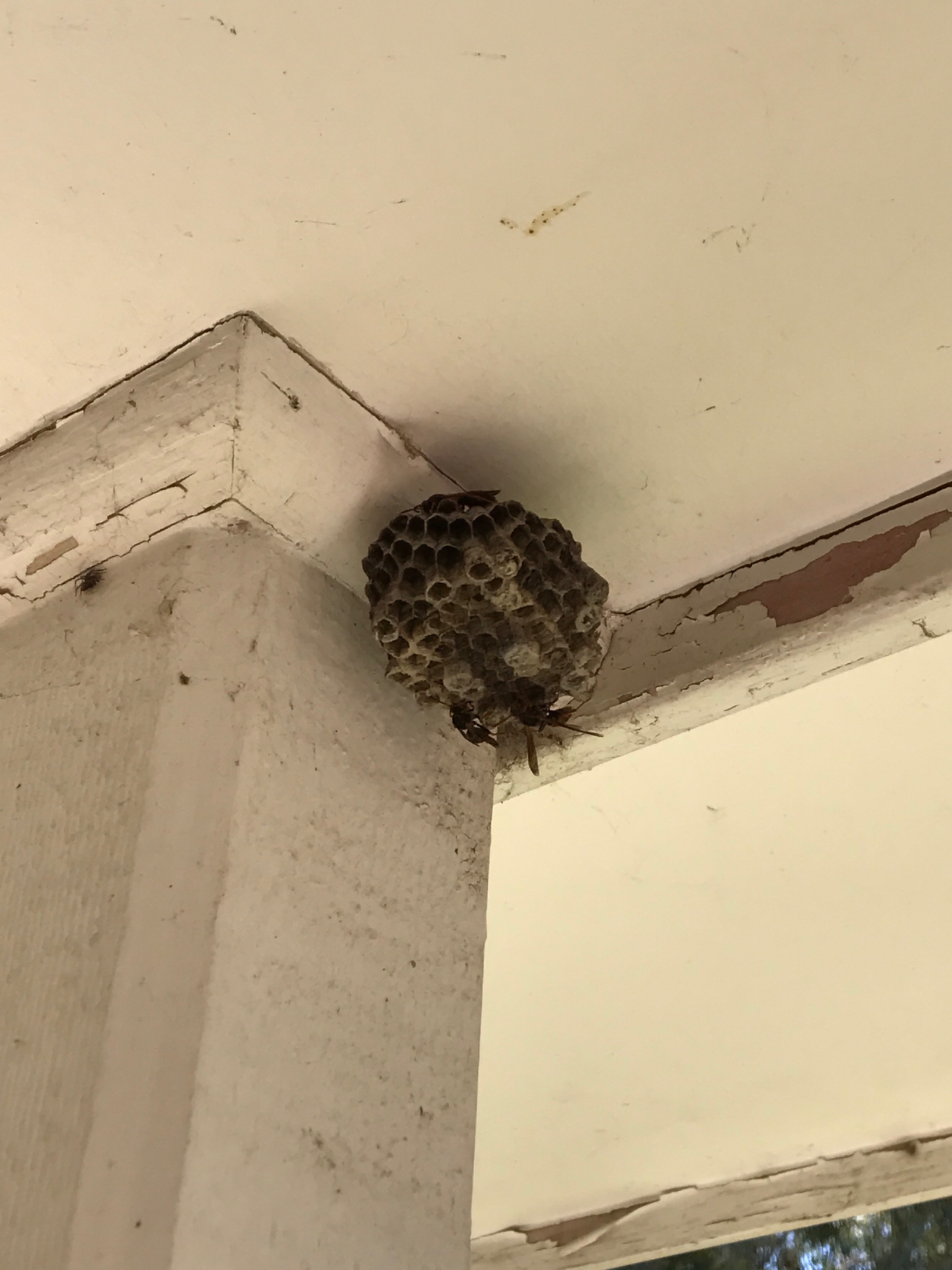 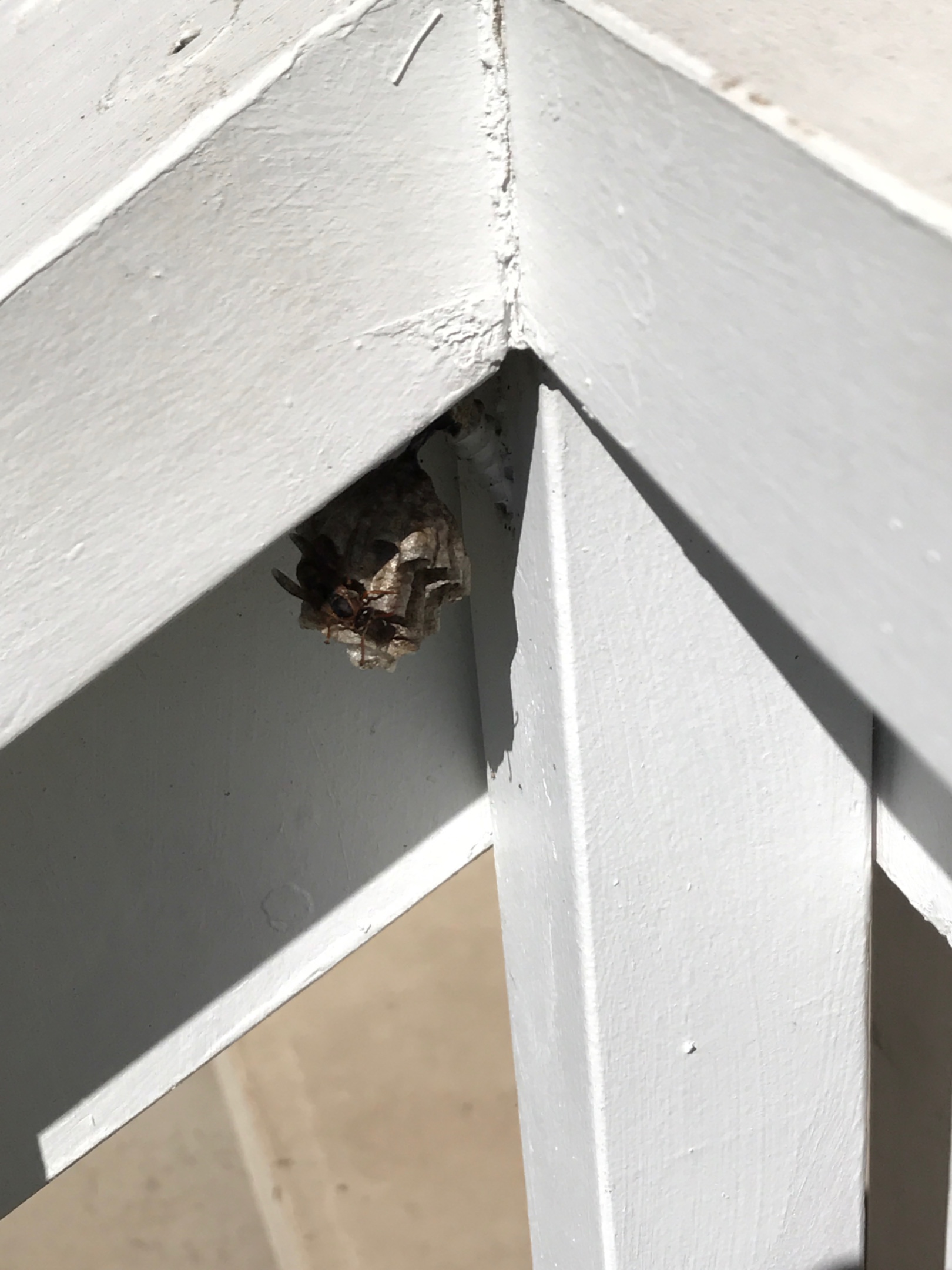 I found this PDF article really useful for identifying the species.

There’s a wasp hotline to call in Canberra on 0261621914. I think they will remove any European Wasps nests free of charge, and give free advice on other species of wasp but not removing the nests.

Update: All wasps were gone by the second week of May, and the nests became a great preschool show-and-tell activity.

Update: It’s early October and the wasps are back, exact same locations as last year.

Update: Three currawong knocked the nest down and ate all the wasps at 7am on 27th March 2018. It was unusually cold, around 1°C.